If you haven't heard, Project Run and Play is in the middle of their 15th season! As usual, I was excited to sew along.

As soon as I read what the weekly themes were going to be, I started planning. My plans were grand, and involved several different pieces for each week's theme.

My schedule was more full than usual, and I had more things to do than I had time for. I was able to get the pair of pants sewn for my son, thanks to a sewing session with one of my favorite sewing friends, but the rest of the outfit remained incomplete when the first week's link up closed.

I decided to consider this a "sewing detour" instead of a failure, and repurpose the outfit to make it fit the next week's theme, "Crafting a Story."

I had used the Moto Maxx pattern from Love Notions, which I bought during a pattern sale a few weeks ago, for both the shirt and the pants. My new plan was to use the same pattern and fabrics to create a look based off of a storybook we have about pirates. I had used an aged-looking woven cotton map fabric to line the pockets of the pants, and was planning to make a button-down shirt out of that same fabric to wear over the top. Pirates use maps, so it seemed to work...even if it was a bit of a stretch.

First, I finished the pants and then the knit Moto Maxx shirt.

When I finished them, they looked familiar to me. It was if I'd seen those colors paired together before on someone I remembered.

Then, realization dawned on me. 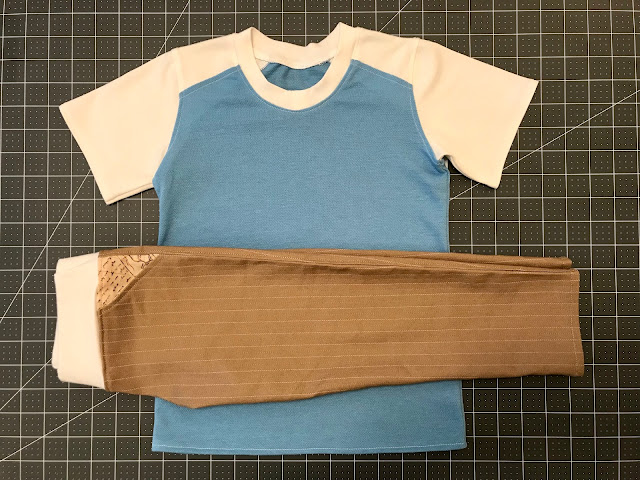 It was Uncle Rico, from Napoleon Dynamite.

Although it was not an exact replica of that crazy shirt worn by that crazy man, it was close enough that I couldn't get it out of my mind. Also, movies are still stories, and Uncle Rico has a story within the movie.

So, naturally, the pirate outfit turned into the Uncle Rico outfit. 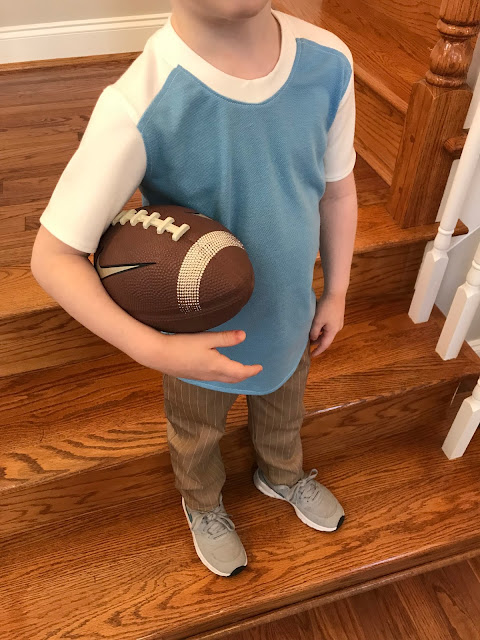 I love all the topstitching on the final outfit. It really highlights all the different pieces that are sewn together. 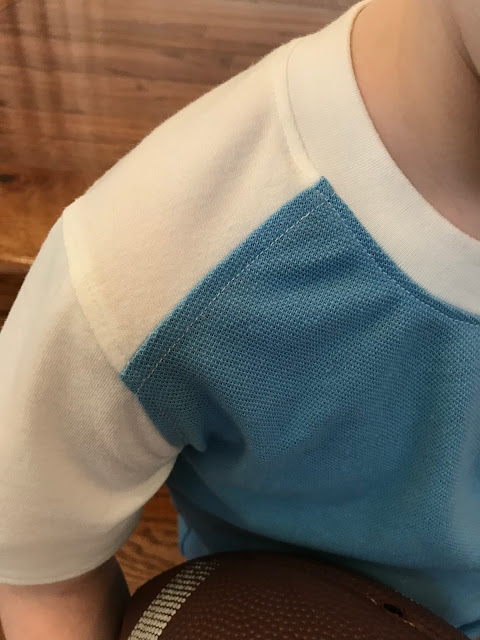 My son loves his new outfit, and asked to wear it to school that day. I said yes, of course, because I was happy to have it complete and in a wearable state, finally.

I chose to do the basic front option on the pants, since it was my first time making this pattern. 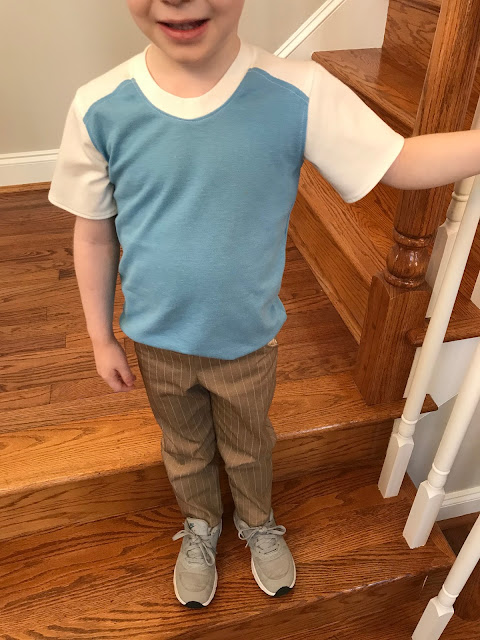 I made the 4T size. It fits well, but is snug enough that I think I'll make it in the 5T size next time to allow for more growth. 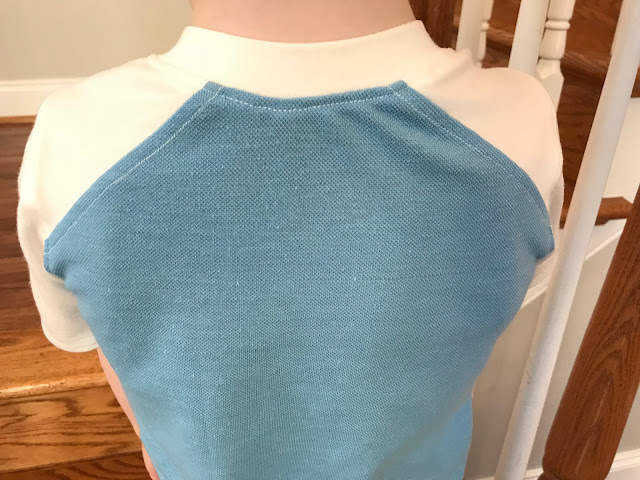 There's the fun pocket fabric. When the outfit transformed into the Uncle Rico outfit, the button down shirt didn't make sense anymore, so I decided to not make it. 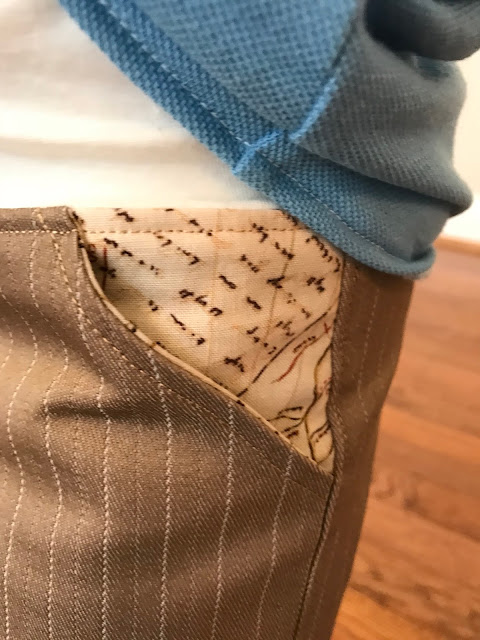 This kid approves of the pockets. They are the perfect size for his little hands. 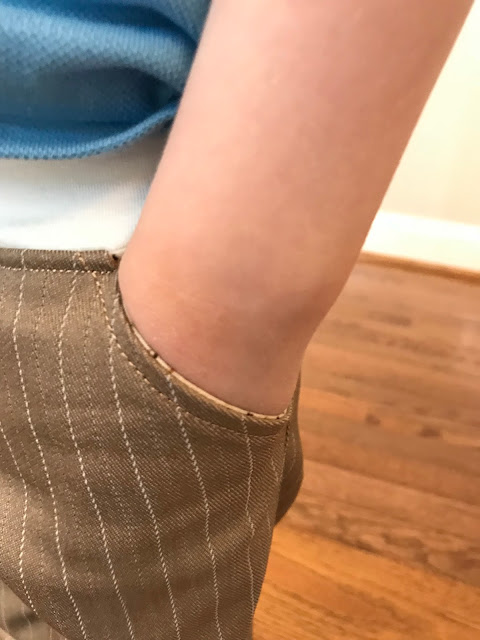 This project may not have gone the way I had planned, but that's okay. Life doesn't always go as planned, either. Instead of getting bogged down on what may seem like failure, I think it's important to reevaluate and make changes as needed. Failure doesn't have to be final if you think of it as a detour.

Are you sewing along with Project Run and Play this season? If you enjoy sewing clothing for children, you should check it out! It is always fun to plan designs, and see what everyone else makes. The sew-along is open to everyone, too! You just need either a blog or an Instagram account to link-up your creations.

I hope you have a lovely weekend! 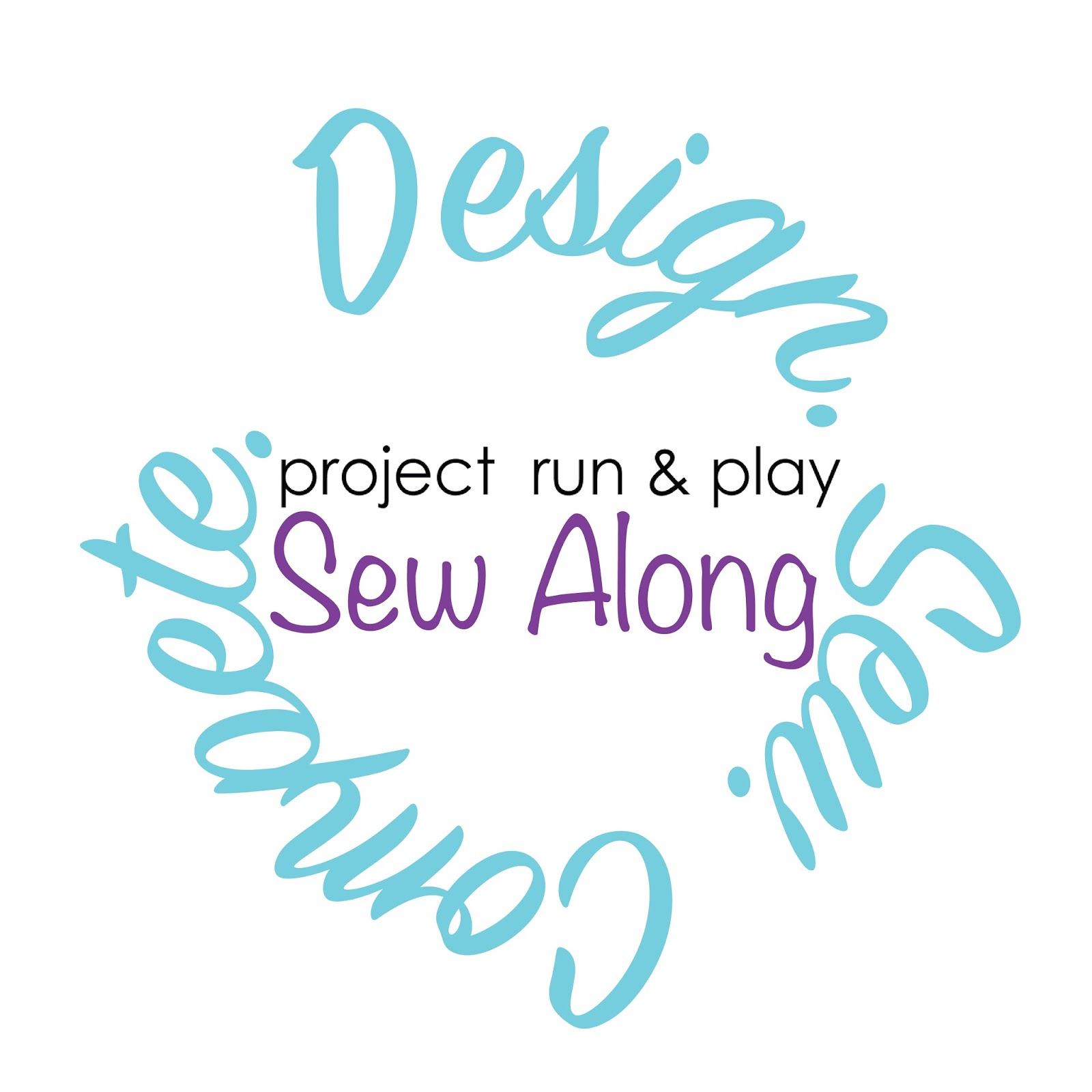 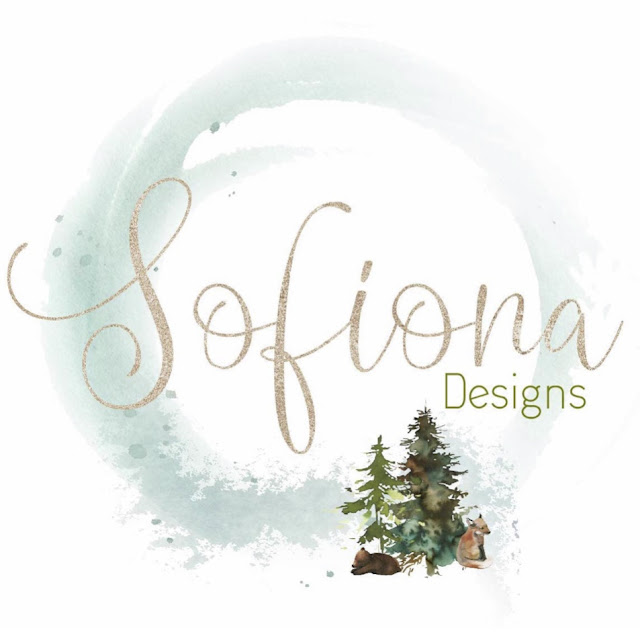